Quad vs Thruster Fins: The Ultimate Face Off 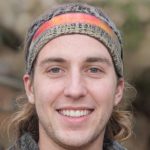 The Dawn of Fins

One of the first additions we made to our board’s deck was the quad fin setup. The entire industry at large was heavily favoring them since they first appeared a decade ago… until thrusters pushed through and literally took over the scene. You’d see shapes that screamed thrusters but sported quad fins as well. And then it happened…we all got bitten by the thruster bug.

But before the industry moved on to a new trend, we tried to figure out the reasons behind quad fins…their performance, their on board feel, their advantages, and etc. And so we did a lot of research, experiments, asking questions, and benchmarking in search for a clear answer…

And then we just had to throw down and take sides, and the following is a battle royale featuring quad and thrusters.

The past 5-10 years has many changes in the design of a fin, both in the surf and wake industry. These days surfers are better served with a bit of a larger fin.

The reason for this is to provide maneuverability while out in a large swell. This allows you to turn quicker and get the board back under control in the event of a wave breaking.

I know surfers who won't surf unless the waves are no more than 4 feet – if it's bigger they choose to kitesurf. A surfboard fin set with a larger fin set like this The L4 will allow you to easily get to your feet and turn the board under your feet.

Surfer's fins are heavier and have thicker chords and a shallower root and more spooned out face – making them more prone to punching through the wave face.

They are an excellent choice for surfing when you want a bit more performance out of the wave but the same can be said about a thruster fin.

The advantage of a quad setup is that you are still able to get adequate drive. For this reason, it is great for longboards as well as shortboards.

Despite that, there are too many obstacles in the way of accurate and predictable surfing performance.

Forgive me for being blunt, but if your main priority is performance, you probably won’t get happy with a quad setup. A quad setup may have a few bouts of fun, but after that it will likely be replaced in favor of a thruster.

As for longboards, the quad setup will work well for beginners with weaker turns and when skating, because a longboard naturally lacks responsiveness. For the same reasons, the quad will enhance the recreational value of a tow board.

A quad setup is composed of four surfboard fins: two long center fins and one large side fin. The long center fins are placed near the center of the board, on opposite corners, in order to give the board stability and drive. These are also what’s responsible for pumping up the volume on the inside of the board for easy maneuvering, a great aid if you’re a beginner.

There is an additional long fin placed at the tail of the board usually to give the board some extra lift and drive. This fin is usually the thinnest and therefore, considered the weakest of the two.

The quad setup is often the go-to standard of most surfers and also what you’ll get if your board comes with four fins pre-installed.

Which Quad Fin to Try?

Each and every fin you see in the market served a purpose for someone, somewhere from the kicker crack down the beach to the latest box shaped piping.

If you are looking for a fin you want that works well in small to medium sized days are approaching the time when you are going to experience the power of the 5th element ” surfing.

The first thing to think about is the surf locations where you surf.

If you plan to go to Hawaii for instance, quad fins are probably not your best bet, as the waves are highly textured.

Instead, trust the thrust of your thruster/quad set up.

One of the reasons why thruster/quad are so popular is because they give you the opportunity to move your back foot forward developing more power on both fins.

As a beginner, you’re looking for ease of use versatility. In other words, you want to have the comfort of being able to come up with different surfing moves without making too many changes to your surfboard fin. When it comes to thruster and quad, this might not be achievable … yet.

Another thing you do not want to ignore is water surface. If the water surface is rough, you can ensure the benefit of thruster thruster/quad; the fact that they’re surfing in varying water paddling conditions.

The Thruster fin setup consists of 3 or 4 fins. These are usually made from composite materials usually plastic and fiberglass.

Frequently there are also two or three different fins for your surfboard, usually one center and one up front and one at the back, but the quad setup is very common.

Thruster surfboard fins are usually designed in a way to maximize the amount of drive for the surfer and this is done by making them thin to maximize speed. Because of the thinness, the surfer may have more possibility of connection with the wave and hence more performance is achieved.

Thruster fins are designed to increase the chances of catching a wave, because there is a smaller turning radius, the surfer can go faster and therefore catching more waves. The thruster surfboard fin setup has the second most amount of surface area when compared to other setups and also has more turning capabilities.

This can be seen as a disadvantage for the other surfers because they might not be able to catch the waves due to this setup.

Regardless if you are a surfer or not, you’ve probably seen a thruster fin setup. If you’ve been to a surfboard or a beach store, they’ve probably tried to sell you the thruster setup. That is, the three-fin setup with two side fins and a center fin.

Thruster fins are all the rage for surfers these days. This is mainly due to the versatility and stability it provides.

What Thruster Fin to Try?

An advantage of thruster surfboard fin over quad is that you have just one fin as opposed to four. This means, you have a lot less clutter on your board. This is a plus to most surfers, especially newbies.

On the other hand, the quad fin is easier to turn and you have more control over your board. The quad fin is ideal for beginners learning how to ride, which makes it a perfect option for kids and teens.

Skimboards, boards that cut through water with the efficiency of a plane, are crafted from a variety of foam and plastic. The first foam board was named the Aqua-Bob, and among the first plastic boards was the Aqua-Bound. Both have seen vintage eras, and current model boards perform in the range of thousands of dollars. If you are in the market for beginner's gear, be prepared to spend less.

Choosing a beginner’s board is a unique task. You must consider its features and determine how long you are likely to ride. Most longboard styles will move with the flow of the water while in a skimboard style you ditch the fins and step-down your board. Price generally reflects board length, too. This is because, generally, longer boards increase in size and function regardless of the board’s style.

Born and raised in the UK, I moved to Sydney in the early 2000's to pursue my love of surfing. Having grown up with a surfing father and a mother who was a former swimmer, I've been in and around the water all my life. (Learn more)
The opinions expressed on thesurfexpert.com are our personal opinions and for general informational purposes only. They are not intended to provide specific advice or recommendations for any individual or any specific product or service. (Learn more)